Tammy Abraham’s double in the 3-0 win over West Ham on Monday will do wonders for his confidence said Chelsea manager Frank Lampard.

The 23-year-old’s goals could not have come at a better time with German Timo Werner drawing a blank for the seventh successive match.

Werner’s drought is his longest in club competition since September 2016, between spells at Stuttgart and RB Leipzig (nine).

Lampard was also rewarded for opting to start Abraham — for the first time in a month — instead of the in-form France World Cup winner Olivier Giroud.

Abraham’s goals, his first double since September 2019, and one from Brazilian veteran Thiago Silva saw Chelsea move into fifth place in the table, six points off leaders Liverpool.

“It was the perfect night to repay the faith of the gaffer (Lampard),” Abraham told the club website.

“My job is to help the team score goals by getting in the right areas, and that’s what I did for my two goals.

“They were poacher’s goals, something you do in the park.

“Whether it was a cross or shot from Timo, it was about me anticipating, getting ready for rebounds, deflections, and luckily I was in the right place.”

Abraham — whose tally of 25 goals since the start of last season is seven more than any other Blues player — paid a nice tribute to man-of-the-match Silva, 36, who got Chelsea off the mark.

“It is an honour to have Thiago Silva at the club, he is like my brother,” said Abraham.

Lampard said Werner is experiencing something all strikers go through.

“That’s the period Timo is in,” said Lampard.

“It’s unfortunate but he’s getting in the positions — when one goes in it will be a run for him.

“Tammy did his thing today and that’s what we needed.”

Lampard will be delighted Abraham is back amongst the goals as he mulls selection for their trip to out-of-form London rivals Arsenal on Saturday.

“It is good for Tammy’s confidence clearly,” said Lampard.

“You have to work for your goals and he did work for the goals today and put a lot of effort in.

“I wanted him to be a handful, I wanted to see movement and he did that.

“Oli (Giroud) has been doing it and scoring goals recently so it was a decision more on the opposition for Tammy (starting) and I’m pleased with how he did.

“You need people scoring goals regularly and this will do Tammy good.” 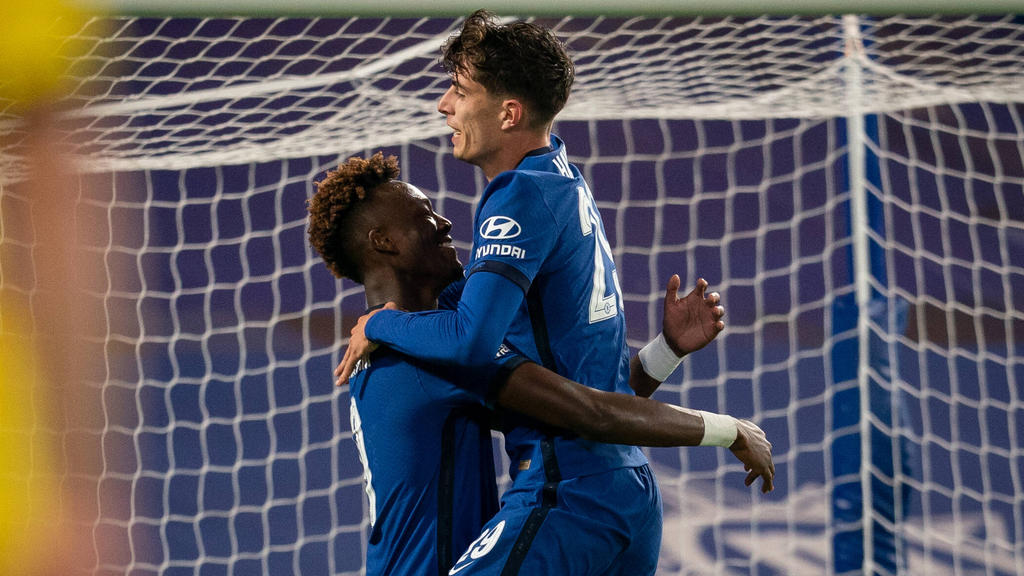