Runaway English Premier League leaders City announced on Monday that Aguero, 32, would leave the club at the end of this season.

And record seven-time Copa Libertadores winners Independiente are trying to tempt the Argentine back to his hometown club.

“We’re calling him to see if he’s interested. It would be a pleasure to manage him again,” said Falcioni, who is in his second stint as the Red Devils’ coach having managed Aguero for one year during his first spell at the team based in Avellaneda, on the outskirts of Buenos Aires.

Aguero is rumored to be on the hit list of some of Europe’s biggest clubs such as Barcelona, Juventus, Inter Milan and Paris Saint-Germain.

“Here, he won’t be able to sign something similar to what he earns there, but he would be back amongst friends, defending the colors he loves,” Falcioni told TyC Sports channel.

Aguero is a legend at Manchester City having scored the dramatic 94th-minute goal against Queens Park Rangers in May 2012 to give the club their first top flight title in 54 years — even more satisfyingly at the expense of their great city rivals Manchester United.

In a decade in Manchester he has helped the club win the Premier League title four times, with a fifth crown almost certain to be secured within the next two months.

He has been City’s all-time record goalscorer since 2017 and currently has 80 goals more than the next highest goalscorer, Eric Brook.

“The aim to call him will be to propose a return home, to the country, where he can be comfortable and help Independiente be better,” said Falcioni.

Aguero made his debut in the red shirt of Independiente aged just 15 in 2003 and thus surpassed the late, great Diego Maradona as the youngest player to play in the Argentine top division — a record that had been set in 1976.

A few years later, Aguero married Maradona’s daughter Gianinna, although the relationship, which produced a son, lasted only four years.

He moved to Atletico Madrid in 2006 and helped the side win the Europa League in 2010 having also claimed an Olympic Games gold medal with Argentina in Beijing in 2008.

He switched to City in a mega-money move reportedly worth around £35 million in 2011.

“I will continue to give it my utmost for the rest of the season to win more titles and bring more joy to the fans,” Aguero wrote on social media on Monday.

He’s the third highest scorer in the history of the Argentine national team with 41 goals in 97 appearances, bettered only by his close friend, the incomparable Lionel Messi (70) and Gabriel Batistuta (54).

“We need to bring him back to this stadium, which is difficult. He’s a different type of player, the type we all want to manage and have in our team,” said Falcioni.

Aguero has struggled this season with injury and illness and has played only 14 games for City, scoring three goals.

He missed the start of the season after undergoing knee surgery in June, suffered a hamstring injury in October and then contracted Covid-19 in January. 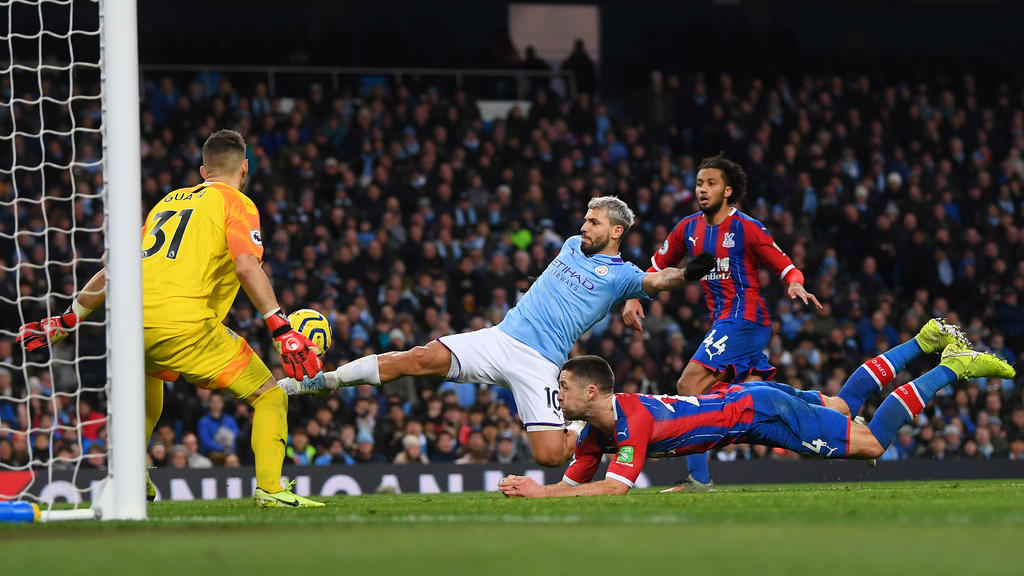