Brighton’s Danny Welbeck scored a dramatic stoppage-time goal to deny Chelsea a vital Premier League win on Wednesday just as they were poised to move to within three points of Manchester City.

Romelu Lukaku outmuscled Neil Maupay to head home a corner midway through the first half but former Manchester United and Arsenal forward Welbeck punished the home side with a headed goal at the death.

The 1-1 draw means Thomas Tuchel’s side are five points behind City, who will extend their lead to eight points if they beat Brentford in Wednesday’s later kick-off.

Lukaku started his second spell at Chelsea in style after returning from Inter Milan in August but then struggled with his form and fitness before suffering a bout of coronavirus.

But he came off the bench to score in his side’s 3-1 victory at Aston Villa on Sunday and was rewarded with a spot in the starting line-up at Stamford Bridge on a mild December night.

The 28-year-old was impressive as the powerful focal point of Chelsea’s attack, holding the ball up well and menacing the Brighton defence with his physical presence.

The home side looked more dangerous in the early stages without creating many clear-cut openings and former Chelsea player Tariq Lamptey was a constant threat down the right for the visitors.

Chelsea wing-back Reece James limped off in the 27th minute with an apparent hamstring injury, to be replaced by Marcos Alonso.

They went ahead immediately when Lukaku shook off the attentions of Maupay after a tussle to power a header past goalkeeper Robert Sanchez.

Brighton’s complaints were waved away as Chelsea — for so long top of the league this season — celebrated.

But Graham Potter’s side came back strongly, with Edouard Mendy forced to push away a fierce Adam Lallana drive while Alexis Mac Allister shot straight at the goalkeeper.

The impressive Yves Bissouma stung the hands of Mendy early in the second half as the visitors continued to trouble Chelsea.

Minutes later Callum Hudson-Odoi burst forward from his own half but failed to find Mason Mount before Maupay flashed wide at the other end as the game opened up.

It looked as though it was going to be a familiar story for Brighton, who have struggled to score this season, but substitute Welbeck had other ideas, heading home Marc Cucurella’s cross in the 91st minute. 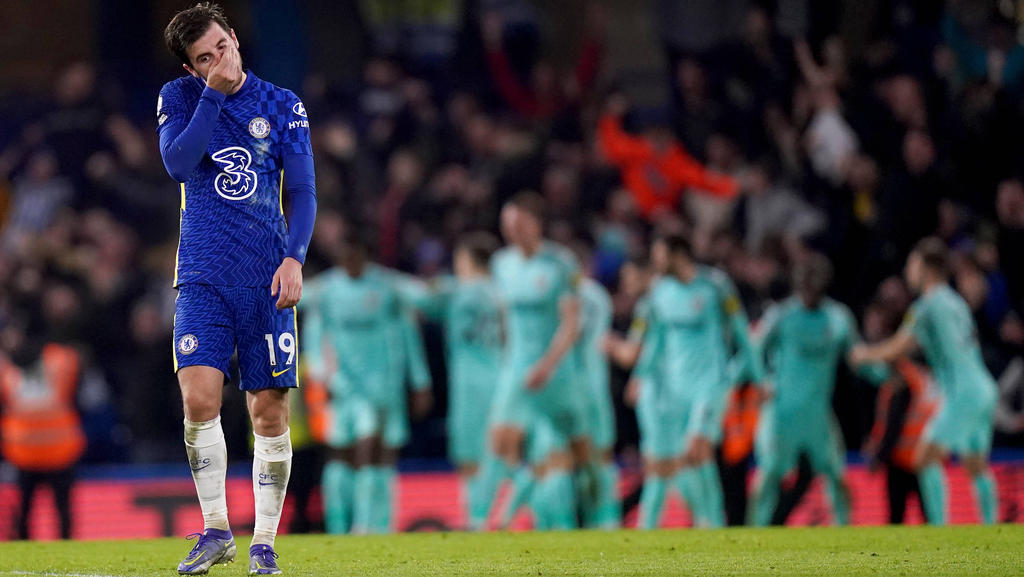