Jordan Henderson and Mohamed Salah netted goals either side of half-time as Liverpool rounded off their pre-season tour of Southeast Asia with a 2-0 win over Premier League rivals Crystal Palace in Singapore on Friday.

Reds captain Henderson broke the deadlock with a crisply struck effort after 12 minutes, and Salah extended their advantage a minute after the interval to the delight of the majority of the crowd at the National Stadium.

Both teams made several changes during the game, as Liverpool boss Jurgen Klopp and Palace manager Patrick Vieira looked to give their players a good workout ahead of the start of the new season next month.

Klopp would have been encouraged by the performance of his side, as they bounced back from a 4-0 loss to archrivals Manchester United in Bangkok earlier this week.

Palace were without several stars including Wilfried Zaha, Christian Benteke, Marc Guehi and Eberechi Eze, all of whom did not travel to Asia.

The London-based side had an early opportunity to take the lead as Joachim Andersen’s header forced Adrian into a diving save.

Liverpool broke the deadlock soon afterwards, as a long pass from midfield by James Milner found Harvey Elliott, who cut the ball back for Henderson to fire a right-footed effort across goalkeeper Vincente Guaita into the far corner of the net.

Liverpool dominated possession and they could have had a second midway through the half when Kostas Tsimikas made a run down the left before crossing to Roberto Firmino, who saw his header deflected wide.

Elliott fired well wide from a tight angle and Alex Oxlade-Chamberlain sent an opportunity straight at Guaita as the Reds were unable to turn their first-half dominance into further goals.

Liverpool changed their entire starting line-up at half-time and their new-look eleven took just one minute to grab a second, as Salah’s effort deflected off Andersen and left Guaita wrong-footed, squirming past the Palace keeper into the net.

While Guaita was unfortunate with Salah’s strike, he did well to keep his side in the game.

He saved well from Darwin Nunez after a fine run down the byeline by Salah and then kept out a low shot by Fabio Carvalho and a header by Virgil Van Dijk as the Reds maintained the pressure.

Palace’s best opportunity to cut the deficit fell to Jordan Ayew, whose goal-bound effort was charged down by Andy Robertson for a corner.

While Liverpool return to Europe for further warm-up matches in Germany and Austria, Palace will travel on to Australia to meet Manchester United in Melbourne and Leeds United in Perth next week. 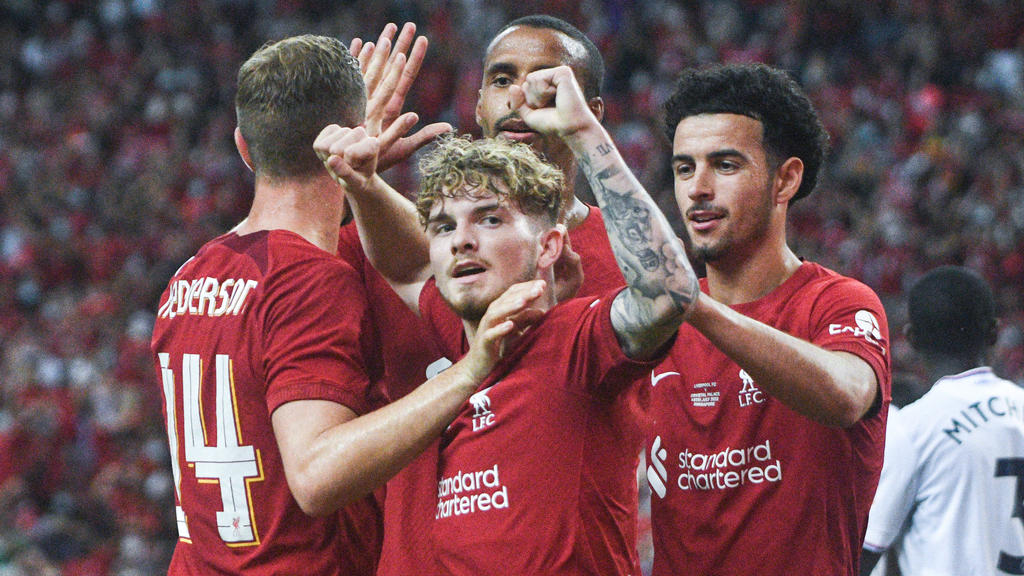